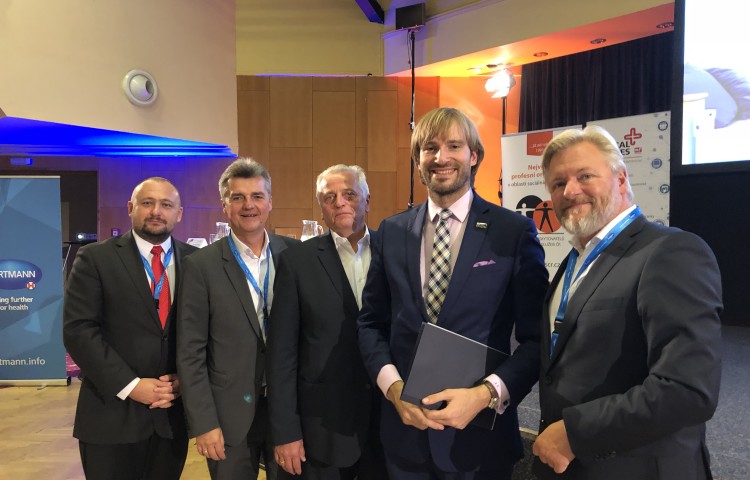 Prague / Is there a future of long-term care in Europe? What can we learn from each other? Answers to those questions were discussed at a high-ranking international summit in Prague. Among the speakers were the President of the Federation of European Social Employers, Gregor Tomschizek, and his Deputy Jiri Horecky who met the Minister of Health of the Czech Republic Adam Vojtech.

500 representatives of the social and health sector as well as politicians from Europe, North America and Australia attended the EAHSA-EDE congress "Future of Long-term Care in Europe" in Prague, Czech Republic, in mid-September. During the congress, the managing director of Volkshilfe NÖ, Gregor Tomschizek, in his function as the President of the Federation of European Social Employers met the Minister of Health of the Czech Republic, Mr Adam Vojtech, and informed him about the Federation, its objectives, membership and the ongoing work done within the PESSIS+ project.

„Long-term care is a major challenge in Europe due to the ageing population”, said President Gregor Tomschizek, „we can learn from each other in many fields to face the shortage of staff, skill gaps and migration of workforce into other sectors. Everybody benefits from a good cooperation.”

"Long-term care in Europe is undergoing a lot of changes, facing key future challenges”, said Jiri Horecky, Deputy President and co-organiser of the congress, „it is the first European Ageing Network (former EDE and EAHSA) congress and we are opening the crucial topics. We are discussing the role of the European Commission and the member states in social policies. What is our vision for 2030? The future is European cooperation.”

A Press Release is available here.